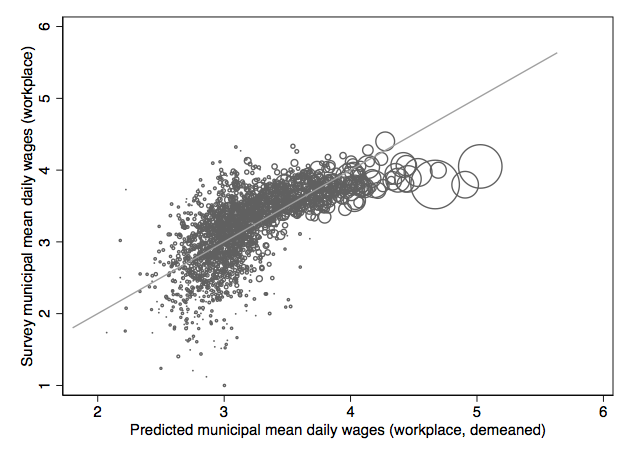 In this paper, I present a theory-based urban model developed in Ahlfeldt et al. (2015) that relates commuting choices with the spatial distribution of wages, and estimate such relationship using French commuting and socio-economic data. The model implies a commuting gravity equation whose workplace fixed effects are proportional to log labor wages. My results demonstrate that model- predicted workplace wages account for 42 percent of the variation in survey- based workplace wages distribution and model-predicted residential wages account for 30 percent of the variation in survey-based residential wages distri- bution. I explore reasons why the model underperforms on the residential side with a quartile analysis and find its predictive power gradually increases as we go from ”small” to ”big” municipalities. With a simulation study, I identify the number of inbound workers as the key variable–model-predicted residential wages have a higher level of prediction power for municipalities with larger number of inbound workers.